"Gribi". Luna. Quest Pistols Show. "Nervi". The one behind all these projects was Yuri Bardash, a Donbas-born Ukranian producer who made his first money break dancing in the streets of Kiev. Bardash went far: two years ago no song was more important to pop culture than "Ice melting" and every music video of Gribi was an internet-blockbuster. While on the top he changed everything once again. He disbanded Gribi and started his solo project "Youra" where he tried to merge industrial hip-hop and aggressive electronics. In addition to that, he started producing "Korrupciya" - new band that sings poetic stories, romances, and ballads about real life. "Potok"'s first episode shows how one of the main producers in Ukraine and Russia breaks the laws of the industry once again: he abandons what he has achieved and starts from the beginning because he has to.

Watch the first episode for free on Premier 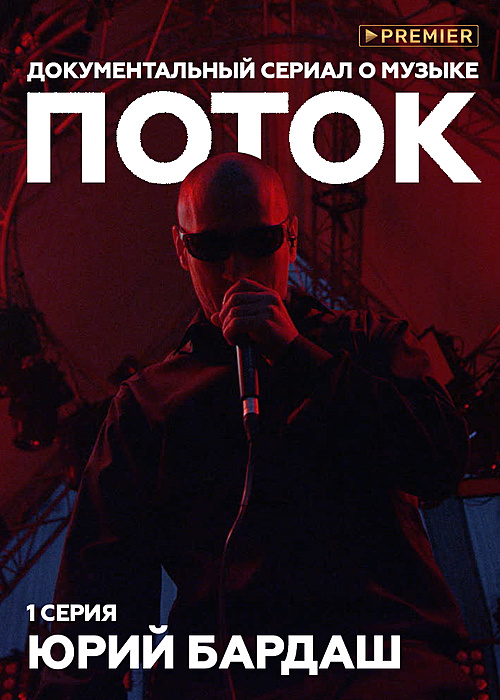